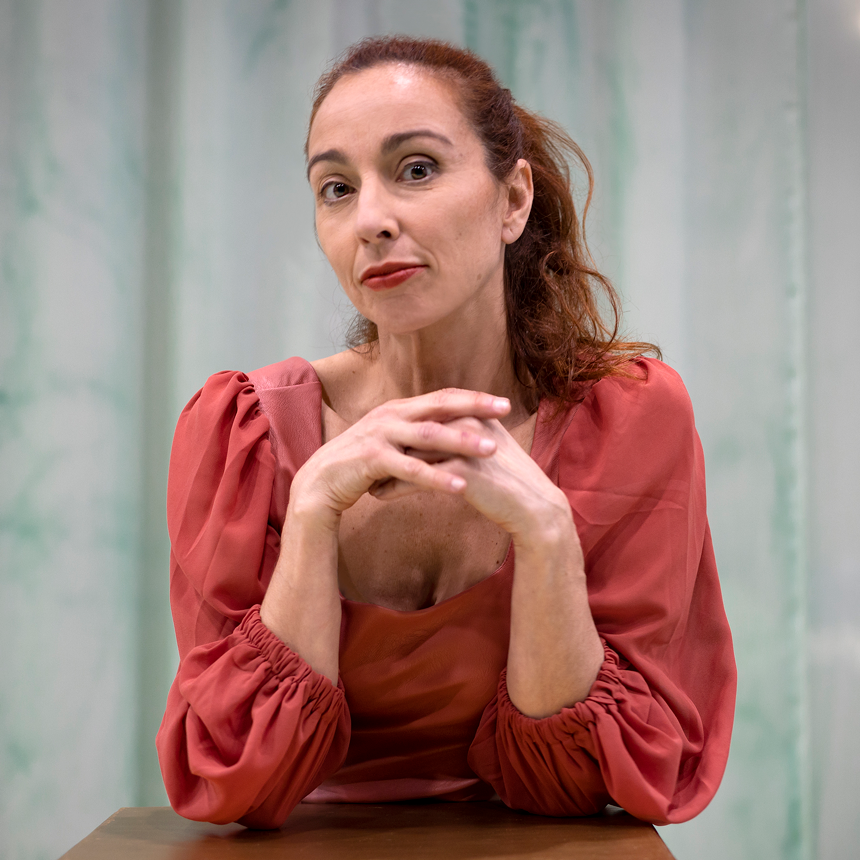 María Torres is Founder, Artistic Director and Actress of Elefante Elegante Teatro. She has created, performed and directed with Gonçalo Guerreiro more than twenty shows to date with the company.

She graduated in Business Studies at the University of A Coruña at the same time she began her theatrical career. She has worked as an actress in different University Theatre groups.

As a professional she has worked with such companies as Catrabucha Teatro, Teatro da Bufarda, Librescena Teatro, Espello Concavo, Trinke Trinke and Teatro do Alacrán.

Invited by the dance company Traspediante she created and directed the piece Nina Ninette for children.

She was awarded a scholarship to study a postgraduate course in Dramatic Art organized by the University of Santiago de Compostela. The classroom experience with the Toulouse National Theater director Jacques Nichet and the French actress and director Claude Buschvald has profoundly transformed her view of theatre.

She embarked on a six-year journey through Europe, where she met important teachers. She studied Commedia dell’Arte with Antonio Fava in Italy and Theatre Anthropology with Eugenio Barba in Seville and Poland.

As a scholarship holder from the Deputation of A Coruña, she graduated from the Ècole Lassaad in Brussels, following Jacques Lecoq’s pedagogy of movement studies.